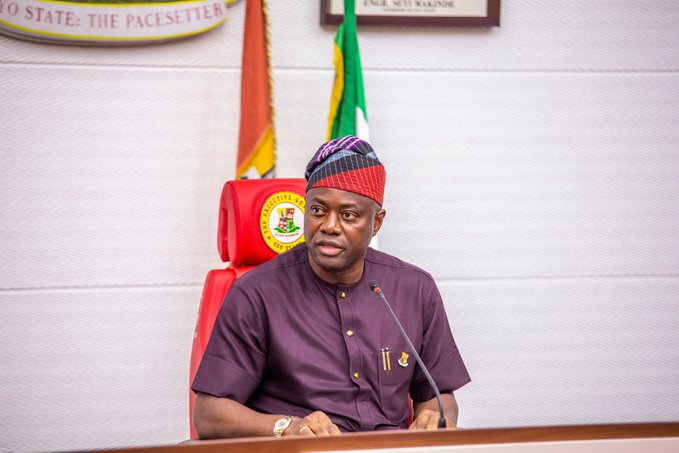 The Oyo State Governor, Seyi Makinde, has renominated five of his former commissioners for reappointment.

Sources revealed on Wednesday that the governor forwarded the list which contains his former aides as well as fresh nominees to the Speaker of the Oyo State House of Assembly.

Makinde had on August 14, 2019, appointed his cabinet members and on June 29, 2021, he dissolved the cabinet but retained the Secretary to the State Government, Mrs Olubamiwo Adeosun; Head of Service, Mrs Amudat Agboola, and the Director-General of Due Process Office, Ms Tara Adefope.

The governor had on August 6 reappointed some of the sacked aides and have them back their portfolios.

However, the Chief Press Secretary to the Governor, Taiwo Adisa, when contacted to comment on the new list said he could not confirm that.

He said, ” You can ask the House of Assembly to confirm that.”