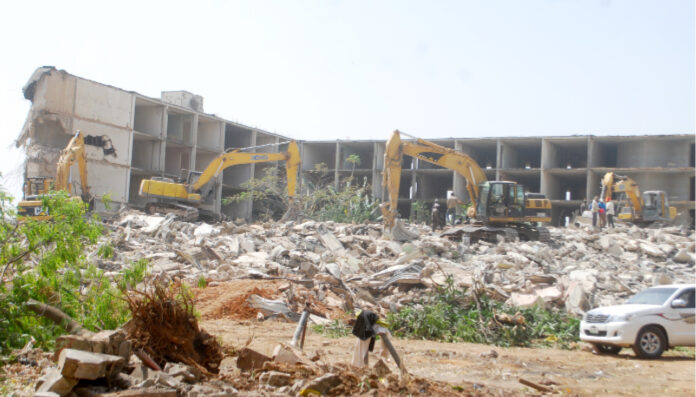 This is contained in a statement by the KASUPDA Spokesperson, Nuhu Garba in Kaduna.

The authority said the demolition followed the expiration of notices issued to the affected owners of the structures.

”The demolition in Barnawa low cost was due to a change in title and road encroachment.

”The structure located at plot No. 44, Uganda Street Barnawa, Low-cost was removed due to lack of approval and change in title,” Mr Garba said.

The authority also said that dilapidated and abandoned structures were removed due to security threats on Uganda street, Barnawa.

The authority stressed the need for communities and others residents to co-operate with the State Government Urban Renewal Initiative.

The News Agency of Nigeria reports that on Aug. 1, the state government granted additional five days for the owners of uninhabitable and dilapidated developments to comply with the earlier directive given to them.

The government stressed that some developments were identified as unstable, uninhabitable, dilapidated, abandoned, substandard used of materials with poor workmanship and poor quality of building materials.