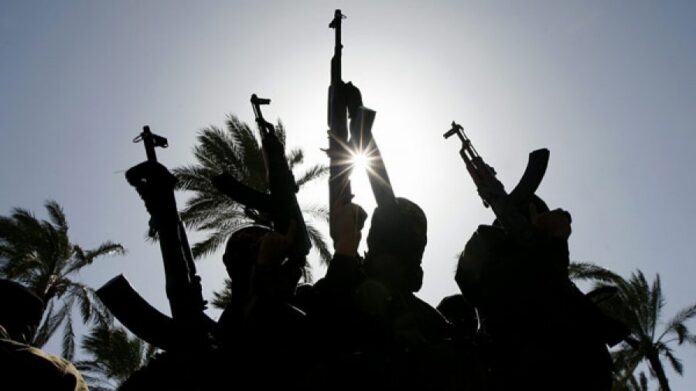 No fewer than nine persons were in the late hours of Tuesday allegedly killed and scores injured by gunmen that attacked Bagana community in Omala Local Government Area of Kogi State.

A resident, who survived by the whiskers and who did not want his name in print for the fear of being targeted by the militias, told THE PUNCH that the gunmen invaded a shop located in the heart of the village and killed four persons on the spot.

He added that the attackers then went on a shooting spree in which many people who were running to escape were hit by stray bullets.

He disclosed that he counted five dead bodies from his hiding, which included one Alias Barrister, an diesel oil dealer, and a dispensary staff of the Local Government Health Center at Ogba, residing in Bagana.

Confirming the incident, the Police Public Relations Officer of the state command, DSP William Aya, said, one Usman Salifu called the DPO on phone around 9.30 pm on Tuesday that his shop has been attacked by gunmen leading to the death of his sales boy, Bashir Sule, and three other customers, while scores sustained various degrees of injury.

He added that on receipt of the distress call, the DPO mobilised his men to the scene and evacuated some of the injured to the hospital for treatment, adding that the force has commenced a manhunt to bring the perpetrators to book.

He said peace has returned and assured the people to return home to continue with their legitimate businesses.