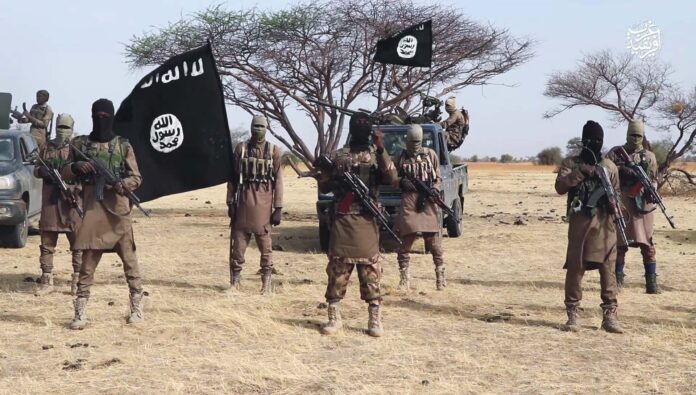 NEWS DIGEST – Scores of ISWAP and Boko Haram fighters have been killed in a deadly clash between the terrorist groups in Northern Abadam, Borno state.

PRNigeria gathered that Boko Haram militants who had planned to surrender came under heavy attack by their angry ISWAP counterparts in the Gusuriya community, located in Dumbawa village.

The Boko Haram members were on their way to surrender to the Multinational Joint Task Force, MNJTF, at a border with the Niger Republic last weekend (Sunday, August 22, 2021) when they were attacked.

One of the intelligence sources, who is familiar with the development, disclosed that ISWAP leadership was rattled by Boko Haram fighters’ desertion and placed a death sentence on any fleeing member in the Lake Chad axis.

“The deadly attack was coordinated by one Abba-Kaka, a self-acclaimed ISWAP Governor of Tumbumma, Commanding Marte, Abadam, Kukawa and Magumeri, leading to a heavy gun battle that lasted for hours which resulted in the killing of over 25 terrorists including three Commanders while many other militants, who ran in different directions with their families were left with bullets wounds.

Another source told PRNigeria that the continued internal rift and the hostility between the two militant groups are exacerbated by the execution of JAS (Boko Haram) fighters for committing a minor offence as well as refusal to appoint them into key positions.”

“Some high ranking Commanders bearing the titles of ‘Amir’ and ‘Khaid’ (Chiefs) at under the Shekau’s Caliphate in Sambisa were reduced to ordinary militants fighters after paying allegiance to the ISWAP leadership.

“Some JAS Commanders and their loyalists were already contemplating pitching their tents against the ISWAP by joining forces with the Bakura and Krimima Led-JAS Factions that have been battling the ISWAP around the axes of Lelewa, Duwa, Wallal and Hauwa Bulumwa villages in the Niger Republic,” the source concluded.