NEWS DIGEST – This report takes a look at how Nigerian government failed to ensure proper utilization of recovered assets, together with the challenges of poor assets management by anti-graft agencies.

Assets recovery is a major activity targeted at fighting corruption in Nigeria. As an anti-graft body, the Economic and Financial Crimes Commission (EFCC) is also saddled with the responsibility of ensuring accountability and probity in the country.

One of such ways is through assets recovery.

This reporter visited the building seized by EFCC from Diezani Alison-Madueke.

Located at No 8, Thurnburn Street in Yaba Lagos, the Federal High Court had placed an interim forfeiture for the property, allegedly bought between 2011 and 2013, valued at $22million.

An expansive building that occupies two streets, the building was taken over by EFCC over the alleged criminality involved in the funds used for the house by the former Minister.

Occupants had complained about not having where to go to and stating that Caretakers had run away after the EFCC visited the place and the court ordered an interim forfeiture.

There was palpable fear around the area as occupants came in, in silent manners offering not to talk about the situation.

The property at Raymond Street which extends into the one at Thurnburn Street, consists of two 2-bedroom en-suite apartments and one 4-bedroom apartment.

The one at No. 7 Thurnburn Street consists of 21 mixed housing units of eight 4-bedroom apartments, two penthouse apartments of 3-bedroom each and six 3-bedroom (all en-suite) terrace apartments.

Both properties were allegedly bought for the US dollar equivalent of N937million through Chapel Properties ltd.

On October 11, 2017, it was widely reported in the media that the Federal High Court sitting in Ikoyi, Lagos state, has ordered the final forfeiture of assets worth about N3.4billion.

The judgment was delivered by Justice Abdulaziz Anka in a suit filed by EFCC.

The judgment was delivered for assets located in Lagos and Rivers states and Abuja.

The final forfeiture gave the commission the powers to take over the buildings permanently.

This forfeiture was just a month to September 2017, when the occupants of the building expressed fear of possible eviction.

About three years down the line, the expansive buildings only became useful upon the occasion of the Covid19 pandemic.

In a widely publicized bulletin, the commission announced that as part of efforts to support the fight against Covid-19, the seized buildings will be used as isolation centres especially in Lagos.

Speaking during the handover ceremony, the Lagos Zonal Head of the EFCC, Mohammed Rabo, stated that the gesture was part of the commission’s social responsibility efforts towards the fight against the spread of Coronavirus.

Visit to the isolation center(s) donated by EFCC revealed restrictions on access to the buildings as efforts continue against the Covid-19 pandemic.

After three years of final forfeiture, the issue around utilization of forfeited buildings have become rife, especially abandonment of such buildings after rigorous court processes on seizure.

Issues Around management of Recovered Assets

Findings by this reporter revealed that there are processes involved in assets recovery and management by the EFCC and other anti-graft agencies in the country.

In Nigeria, there are laws that have been enacted, some include, Money laundering (Prohibition) (amendment) Act 2012 among other laws.

Also, there has been the clamor for legislation on Proceeds on Crime Bill which would give relevant roles and powers to relevant institutions.

The Civil Society Network against Corruption (CISNAC) Executive Director, Olanrewaju Suraju, while speaking to this reporter, said the bill will help in the fight against corruption and proper recovered assets management.

He added that the management of assets has gone beyond the powers of EFCC.

The proceeds of Crime Bill was sent to President Buhari in 2019 after the National Assembly had done the needful. The bill was aimed at boosting the fight against corruption.

The bill was a 12-part legislation which would make provisions for confiscation, forfeiture and management of property derived from unlawful activities.

The bill was first read for the first time on December 7, 2016. One of the aims of the bill was to prevent the reinvestment of proceeds of unlawful activity in the furtherance of criminal enterprise.

The bill also aims to apply to the investigation, detection, identification, tracing and recovery of realizable assets and the proceeds and instrumentalities of unlawful activity by law enforcement agencies.

A 141-page document obtained by this reporter details the recovery proceeds management the bill aims to achieve.

Notable in the bill is the proceeds of the Crime and Management Agency.

The body is a corporate entity with perpetual succession and common seal. It may acquire, hold, purchase, mortgage and deal however with property, moveable or immoveable, real or personal, subject to the provisions of the land use act.

The agency will regulate, supervise and ensure the effective administration of recovery and management of proceeds of crime and other related matters in Nigeria. This is according to Part 1, number 4(c) of the bill.

A widely reported allegation showed controversy in the management of assets recovered by the EFCC, with accusation and counter-accusation between the suspended EFCC Chairman and the country’s Minister of Justice, Malami Abubakar.

The report had also detailed how lack of public data by the Nigerian anti-corruption agency is mitigating the fight against corruption and is aiding the poor management of assets.

For instance, it was reported that the website of the commission has no provision for access to management and utilization of recovered assets.

Various Civil Society experts quoted in the report also condemned the lack of public data by the EFCC.

Many experts who spoke to this reporter emphasized the need to pass the proceeds of the Crime Bill into law.

They stressed that the bottlenecks in the fight against corruption will be sorted with the bill signed.

Does EFCC have power for management of recovered assets?

Findings show that in 2019, the Nigerian Official Gazette Vol. 106, No 163, titled ‘Asset Tracing, Recovery and management regulation directed that all non-conviction based seizure should be done by the Office of the Minister of Justice.

The section states; “Where a non-conviction based forfeiture procedure arises, the LEA (Law Enforcement Agency) and ACAa (Anti-Corruption Agencies) shall transfer the matter to the office of the Attorney General of the Federation.”

The gazette further states that all final forfeited assets recovered by agencies shall be handed over to the AGF within 60 days from the commencement of regulations of management.

Clarifying issues on the management of recovered assets by the commission, the Acting Director, Directorate of Asset Forfeiture and Recovery Management, Mr. Aliyu Yusuf, said the issue of asset tracing, forfeiture and disposal need not be a grey area on the grounds that there are guidelines and procedure clearly spelt out in the Establishment Act of the EFCC.

According to him section 31 of the act is clear on the matter asset. He noted that the Secretary of the Commission is empowered to dispose of any asset finally forfeited to the government”.

In his words, assets disposal is done when a final forfeiture order is granted by the court.

“In the case of buildings and landed property, the procedure of forfeiture may also be interim and final.

Every final forfeiture of assets places responsibilities on the EFCC to dispose off the assets. Section 31 of the EFCC Establishment Act (2004) authorizes the secretary to the commission to dispose ‘off’ assets and paid the proceeds into the consolidated funds of the federation.”

Why Assets Are ‘Abandoned’ By EFCC

Findings by this reporter revealed why assets are usually abandoned after final forfeiture.

A top official of the commission, who spoke on condition of anonymity because he was not authorized to speak to the media, noted that it takes a long process to get forfeited assets off.

The source disclosed that until those processes are completed, nothing could be done with the processes.

It was also gathered that in the case of Alison Madueke’s forfeited assets, it was possible to give them out as isolation centers because necessary approvals had been obtained already.

“You do not know what it takes to finish off processes of assets disposal, sometimes it can take up to three years or more because as a law abiding organization, we have to get approvals from relevant authorities and during those periods, what is perceived as abandonment is non-usage of such properties which is impossible except approval is gotten and also the disposal processes are finished,” the source said.

“We cannot do anything in the building during this time, we have to leave it” it was noted.

The official, however, declined comments on the proceeds of the crime bill.

Non-Utilization of Properties after Final Forfeiture

According to experts, abandoning properties can pose a societal problem.

A publication by the Ethiopian journal on environmental studies and management, stated that abandoned properties decline in value higher than the others.

A property expert, Felix Nwokolo, who is also the Chief Executive Officer of Property Palace, while weighing on the issue of abandoned properties noted that such buildings could be exposed to natural occurrences such as cracking and reduction in its valuation.

“Abandoning buildings can lead to reduction in its value; we can also have issues of cracking of walls and other issues that come with such abandonment.

“It should be noted that when you abandon buildings, when it will be refurbished again or when you get back to it after a long period, you will spend more money and this will make it lose essence.”

He also stated that the essence of having landed properties sometimes is the financial value it has and brings to a particular society which will be defeated with abandonment.

Already, many stakeholders who spoke to this reporter have emphasized the need for proper management of assets by the anti-corruption agency.

This according to them will ensure that the anti-corruption fight does not suffer a set-back.

A lawyer, Kehinde Awosusi noted that the utilization of recovered assets should be a priority of anti-corruption agencies.

According to him, this is how the fight will gain trust and yield expected results for the country.

Head of ‘Follow the Money Initiative,” Hamza Lawal noted that there has to be questions asked on how the government is managing recovered assets.

According to him, this is important in the anti-corruption efforts. 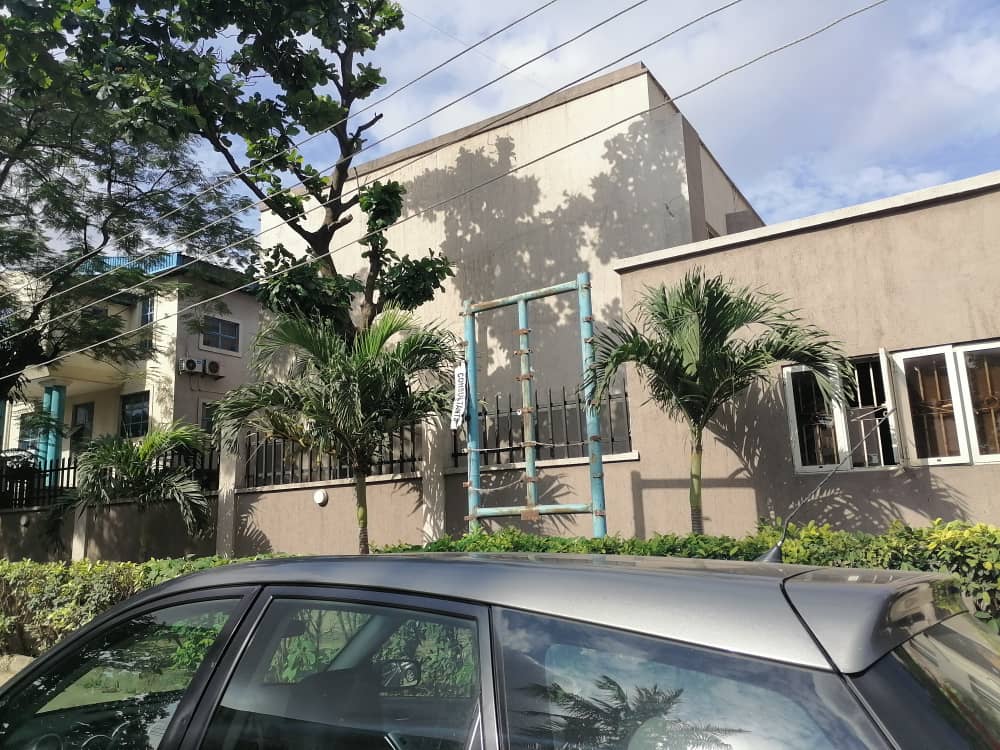 [INVESTIGATION] Ogbagba: Residents cry out as illegal mining activities took away their livelihood in Osun