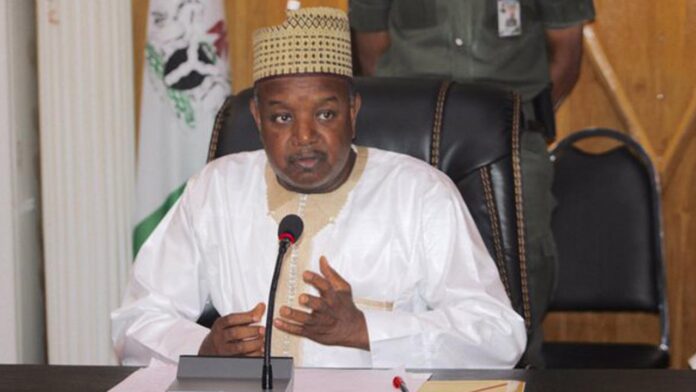 Governor Atiku Bagudu of Kebbi State has approved the establishment of a task force on drug control to assist in reviewing and providing informed policies and programmes on drug and substance abuse in the state.

The information was contained in a circular signed by the Secretary to the State Government, Babale Umar-Yauri, on Tuesday.

Mr Umar-Yauri revealed that Retired Assistant Inspector-General of Police, Umar Ambursa, had been appointed as the Chairman of the task force, while the wife of the governor, Zainab Shinkafi-Bagudu would serve as Patron.

The circular read in part: “The task force is mandated to assist in reviewing and providing informed comments on policies and programmes relating to drug and substance abuse.

“It will also facilitate and assist in respect of policy and programme initiatives in the fight against drug and substance abuse.

“The committee will also recommend and support conferences, seminars and meetings aimed at preventing, treating and reducing drug abuse.

“It is expected to routinely recommend and support the award of scholarships and sponsorships in basic and advance training in matters relating to addictions, as well as to encourage research and publications,” it said.

Members of the committee include representatives of the Nigerian Police, NDLEA, NSCDC, NAFDAC, Pharmaceutical Society of Nigeria and the Nigerian Medical Association, as well as the Ministries of Justice, Education and Health.

Others are representatives of Ministries of Youth and Sports Development and Women and Social Development, NGOs and civil society organisations.

Membership is also drawn from the Council of Ulamas, CAN, youth and student organisations and representatives of Gwandu, Argungu, Yauri and Zuru Emirates.