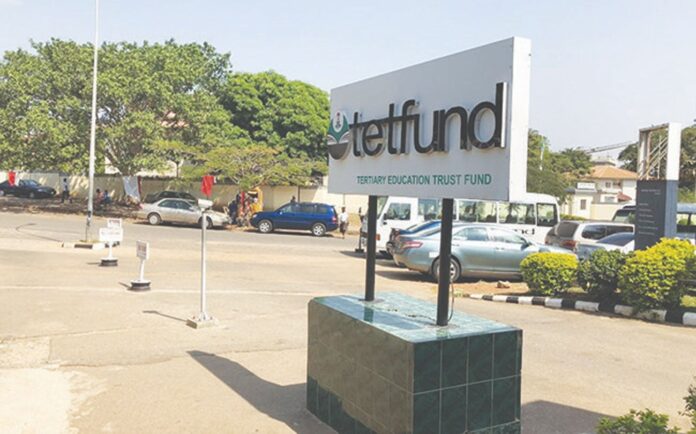 NEWS DIGEST – The Federal Government, through the Tertiary Education Trust Fund (TETFUND), has approved N292.66 billion for disbursement to some public universities, polytechnics and colleges of education.

Executive Secretary of TETFund, Prof. Suleiman Bogoro, said the intervention, which has been okayed by the Federal Government, would be spread to higher education institutions in each of the six geo-political zones.

Bogoro made these known on Tuesday while welcoming all heads of beneficiary institutions to a one-day stakeholders’ meeting at the Nigeria Air Force Conference Centre, Abuja.

At the meeting, Bogoro explained that the responsibility of completing the national headquarters of National Library of Nigeria project has been handed over to TETFund by the FG.

He said the library project represented an important national asset that should not be ignored on account of funding challenges.

Bogoro also stressed the importance of research to national development, saying the administration of President Muhammadu Buhari has been consistent in approving funds to see that academics churn out quality research that would address emerging challenges bedeviling the country.

He said this accounted for the setting up of the National Research Fund, which has increased from N3 billion to N8.5 billion in recent times.

Bogoro, who expressed delight that Nigeria is moving closer to an emergence of a National Research and Development Foundation, challenged academics to turn around the fortunes of the country through cutting- edge research.

On the 2021 research grants to lecturers, Bogoro called on the nation’s academics to live up to expectations by churning out good proposals, saying that the Fund is always ready to finance such academic exercise.

Speaking on the recent special allocations by the TETFund’s Board of Trustees (BoT), Bogoro revealed that N5 billion each was approved for University of Lagos (UNILAG) and Ahmadu Bello University (ABU), Zaria for massive infrastructural projects development.

The TETFund boss said N1 billion was also approved as funds for the completion of special intervention projects for Obafemi Awolowo University, Ile-Ife and another N1 billion for Imo State Polytechnic, Umuagwo, adding that more tertiary institutions would benefit from the special allocations soon.

Bogoro said TETFund is also providing support to boost research activities in Defence Industries Corporation of Nigeria (DICON), among others, to address the nation’s security challenges.

The executive secretary said the Board of TETFund has approved the review of overseas masters and PhD courses/specialisation.

According to him, more emphasis would now be placed on Masters or PhD programmes that are science-based.