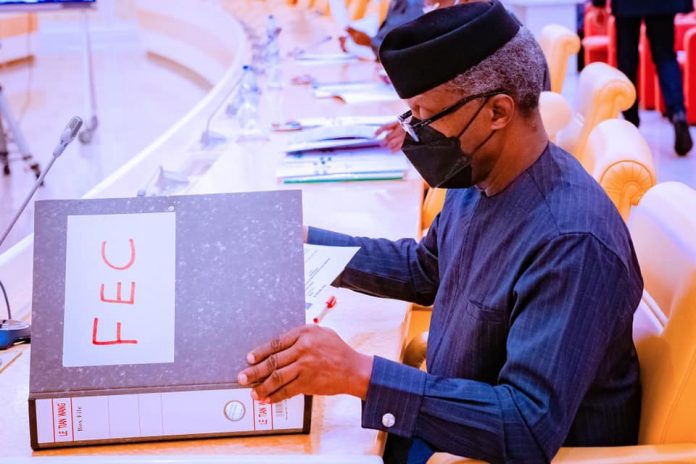 The Federal Executive Council on Wednesday approved N1,039,000,000 for contracts variation in the ministries of Health and Water Resources.

The Minister of Information and Culture, Lai Mohammed, disclosed this Wednesday after the federal cabinet meeting presided over by Vice President Yemi Osinbajo.

The minister said the council also approved an upward review of the contract for the emergency supply, installation and maintenance of the 38 oxygen plants all over the country in the sum of N836m.

“Regrettably, the four companies also came back recently with the same complaints ranging from fluctuation in the foreign exchange and the scarcity of the material all over the world as a result of COVID-19.

“So, he presented a memo for augmentation in the sum of N836m and this was also approved today.”

He announced the listing of the Kwagh-Hir Theatrical Performance on UNESCO’s representatives’ list of the Intangible Cultural Heritage of Humanity.

The Minister of State for Education, Chukwuemeka Nwajiuba, said the council approved the sum of N121m for the refurbishment of some of the dilapidated equipment and furniture at the Federal Polytechnic, Bauchi.