In a statement released on his verified Instagram page on Tuesday, October 6, it said, “In light of the recent allegations made against Mr Sanni Goriola Wasiu aka Lil Frosh, we would like to state that as a record label, domestic violence is not a trivial matter and we will never support or condone such behaviour,” it read in part. 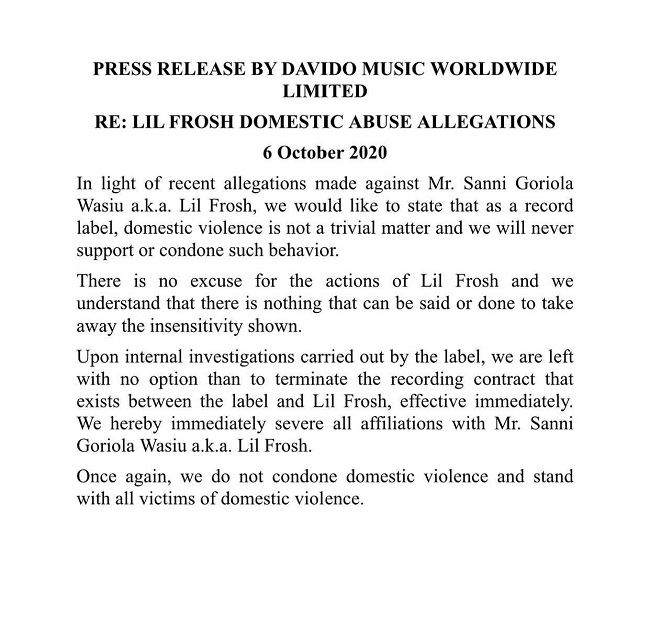 Rapper killed minutes after sharing his location on social media

Why I filed for divorce from Offset – Cardi B

Lola Rae is back to the music scene with a hot new single!

Davido speaks on upcoming album & FEM on The Beat99.fm