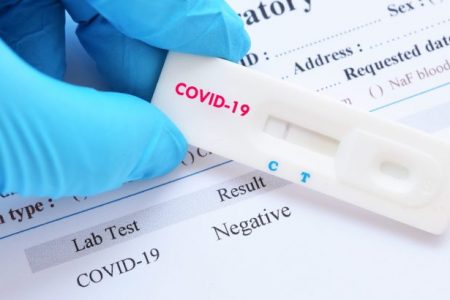 The NCDC disclosed this in a report on Tuesday via its website.

The NCDC attributed the surge to the highly transmissible Delta variant and low vaccination rates across the country.

The centre also said that eight COVID-19 related deaths were reported on Monday, bringing the total fatality figure to 2,276.

The NCDC stated that the new cases were reported in 13 states and the FCT.

According to the centre, the report includes a backlog of cases of seven cases reported from Benue on August 17, one on August 18 and four on August 19.

The health agency did not indicate if the majority of the known active cases were from the contagious Delta variant.

The NCDC stated that over 2,727,834 million people had been tested while 168,818 patients recovered following the discharge of 363 additional people on Sunday.

The centre added that the multi-sectoral national emergency operations centre, activated at Level II, has continued to coordinate the national response activities.

Meanwhile, the agency announced that its toll-free number has been changed to “Dial 6232 for FREE

“If you have a cough, you are feverish and any of these symptoms:Loss of taste/smell, difficulty breathing, diarrhoea, catarrh, fatigue, ‪shivering, body pain, headache and sore throat, Please stay at home and contact your state ministry of health via http://covid19.ncdc.gov.ng/contact.