NEWS DIGEST – CEOS NETWORK AFRICA, the organizers of the Under 30 CEOs awards is glad to unveil the list of nominees for the most anticipated awards and gathering of prominent young African entrepreneurs.

A total number of 1379 nominations were received from across the continent and the finalists were critically screened and selected from different walks of life by the award committee. 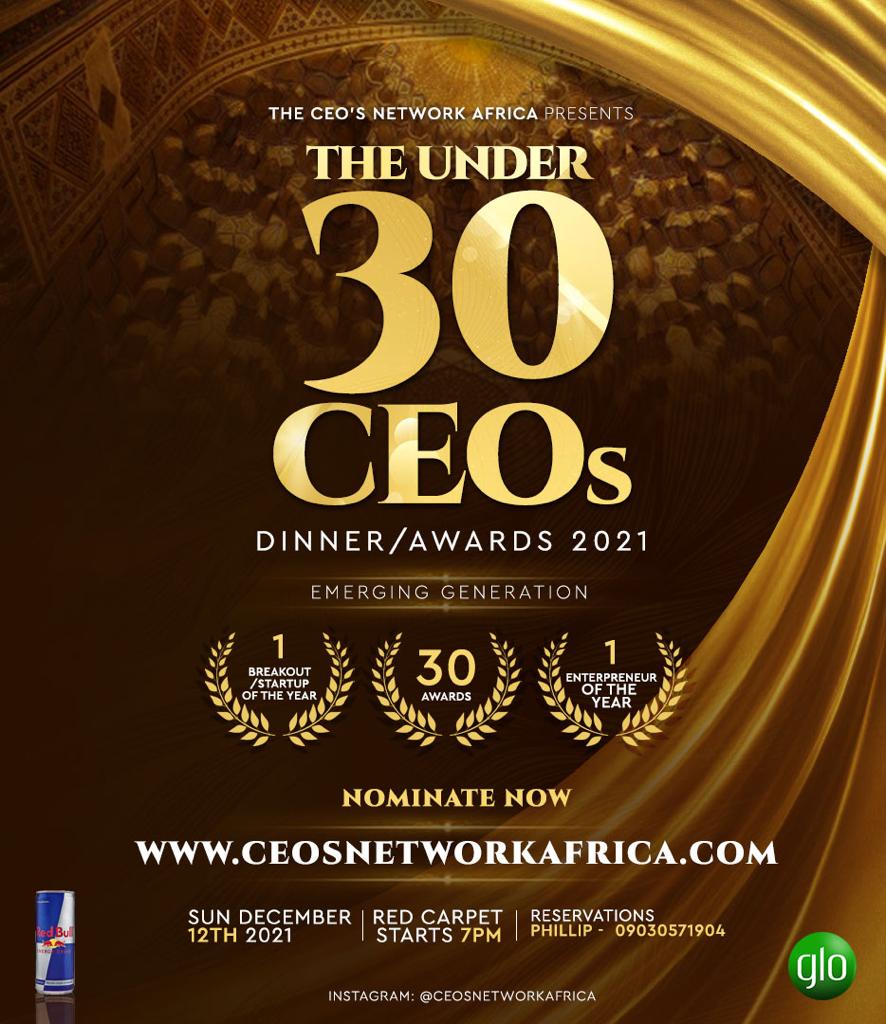 According to Alli-Bob Cinwon, the award committee chairman, he said: “It was an Herculean task selecting these finalists as there are a lot of young people doing amazing things and breaking new grounds but our final selection was based on merit and proven track record.

“The quality of the entries received simply proves that young Nigerians are indeed very resourceful, resilient and extremely hardworking.”

“The eventual winners of  will be announced at the under 30 CEOs awards scheduled to hold on the 12th December 2021 at the prestigious Bon Hotel Elvis In Abuja.

No reports of deaths from Omicron variant yet – WHO