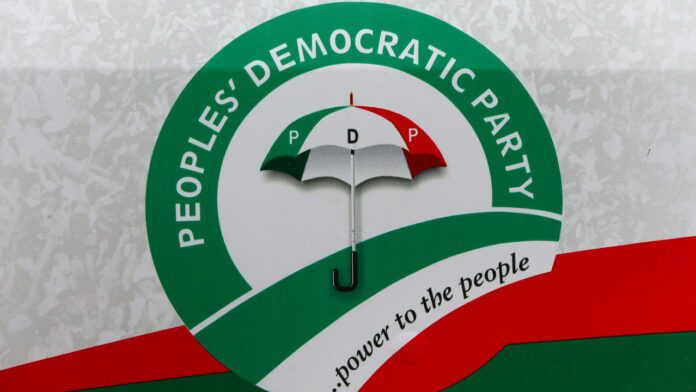 There is a high likelihood that the Peoples Democratic Party (PDP) will pick its presidential candidate for the 2023 elections from the northern part of the country as stakeholders are set to zone the chairmanship position of the party to the South.

During its 92nd National Executive Committee (NEC) meeting at the weekend, the party had announced that it will arrive at a zoning formula for the National Working Committee (NWC) at a meeting billed for September 9.

This comes as the struggle for political power among the political gladiators hots up ahead of the party’s national convention slated for October 30 and 31.

The process for the election of new NWC members continues despite the raging crisis in the party which has sparked several litigations and court injunctions.

The embattled National Chairman of the party, Prince Uche Secondus, who was elected in December 2017 for an initial period of four years, but recently suspended by a court, has insisted that his tenure will elapse in December 2021.

But top party officials told Daily Trust that the October 31 elective convention date is sacrosanct and would throw up a new crop of NWC.

It is also expected to ratify the zoning of 2023 political offices.

Though Nigerians have mixed views about zoning of key political positions, the arrangement is, however, entrenched by the PDP, to allow for all parts of the country to taste key offices.

A founding member of the PDP, former Jigawa State governor, Sule Lamido had, in a recent interview with Daily Trust explained that zoning arrangement was conceived to heal past wounds and assure all parts of the country, advising that the mood should be reviewed in deciding whether to maintain or jettison the zoning arrangement.

Already some bigwigs in the party have commenced scheming in their bid to influence the emergence of their preferred persons as new leaders of the party.

Those yet to publicly declare their intention but believe to be warming up for the party’s presidential ticket are; former Vice-President Atiku Abubakar; former Governors of Jigawa and Kano States, Sule Lamido and Rabiu Musa Kwankwaso; former Senate President, Bukola Saraki; Sokoto State Governor, Aminu Waziri Tambuwal, among others.